“At RTS I studied Maths, Further Maths, Physics and Chemistry at A-Level with the intention of applying for either maths or physics at university. I was fortunate enough to be able to participate in multiple summer school programs including at Durham and Cambridge for physics and at Oxford for engineering. Additionally, I took part in the UKMT Senior Maths Challenge and Kangaroo as well as the British Physics Olympiad, the Isaac Physics Mentoring Scheme, work experience at an optometry department and multiple events at the University of Leeds such as taster days and weekly maths problem solving sessions. Notably, almost all of these opportunities were revealed to me by the sixth form and I did not have to seek them out myself. Ultimately, Ralph Thoresby was a no-brainer: I already knew how great the teachers and other students were and I knew how the sixth form had supported previous students with programs like ‘Realising Opportunities’ and offering the EPQ. As for me, I am currently in my 3rd year as a Natural Scientist at Cambridge and it’s going pretty well so far, or at least as well as an entirely online course can go, and last year I even got the highest score in my college in Maths. After this year, I will probably end up staying an extra year and doing the MSci but after that I am still undecided. I do have a lot to choose from though, STEM graduates often end up in lucrative fields such as banking or software engineering as well as more specialised scientific fields like engineering, radiology or even academia so my options are very open.”

“Ralph Thoresby Sixth Form helped me in so many ways possible, from interacting socially to being able to fully focus on my studies and meeting all sorts of amaing people. It’s an amazing amotsphere allowing all students to stive to their maximum potential whilst having focused and relaxed mindsets. All the staff are absolutley brilliant giving their absolute most for you so you can achieve the next step to your chosen detination with whatever you want to do. I’m currently a physiotherapy student and Northumbria University and I would not of been able to make it without Ralph Thoresby Sixth Form!”

“Even though I still put time into revising while at Ralph Thoresby, the teachers support helps a lot with this. All my teachers can help me like this because the class sizes are small. I had also known everyone here for 5 years, including teachers and students, so instead of spending time settling down at a new place, I could focus on my A-Levels.””

“I chose Ralph Thoresby Sixth Form not only for it’s smaller class sizes and excellent teaching, but for the opportunities they provide outside of lessons, aimed at creating more well-rounded individuals. Throughout my time there, I took part in realising opportunities, became vice president of the student union and took part in many other extra activties through my chosen subject. I was only able to balance all of this alongside my studies and applying to universitiy thanks to the constant support and gudiance I received from the Sixth Form staff – their focus really is on the students. As a result, I acheived my grades and was the first in my family to go to university.” 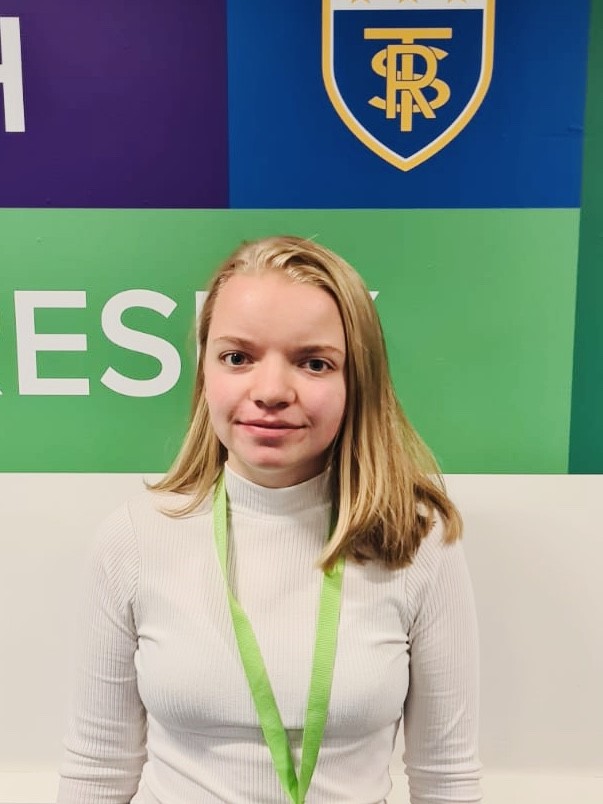 “I choose to stay at RTS because the Sixth form is based upon teamwork between students and staff. Teachers at RTS are dedicated to help each student reach their goals by helping them in a variety of ways. RTS is like a community and there are many opportunities you can get involved in. I am getting involved in the ‘In2Med school’ programme and the social mobility fund. At RTS you have the chance of being an ambassador where you get to be part of making a change and also many more opportunities offered. I like RTS because of the amazing and helpful teachers, also the SU which separates us from lower school.”